Read about what a Financial Coach does

Discomfort, frustration, shame and anxiety are common emotions that often colour a first financial coaching conversation. Listening and being aware of what is really “going on” here is crucial.

Morgan O’Connell gives us a personal insight into his role as a Financial Coach, his journey to that career, and how money is still a subject that evokes emotion and consequently a reluctance to speak about it. 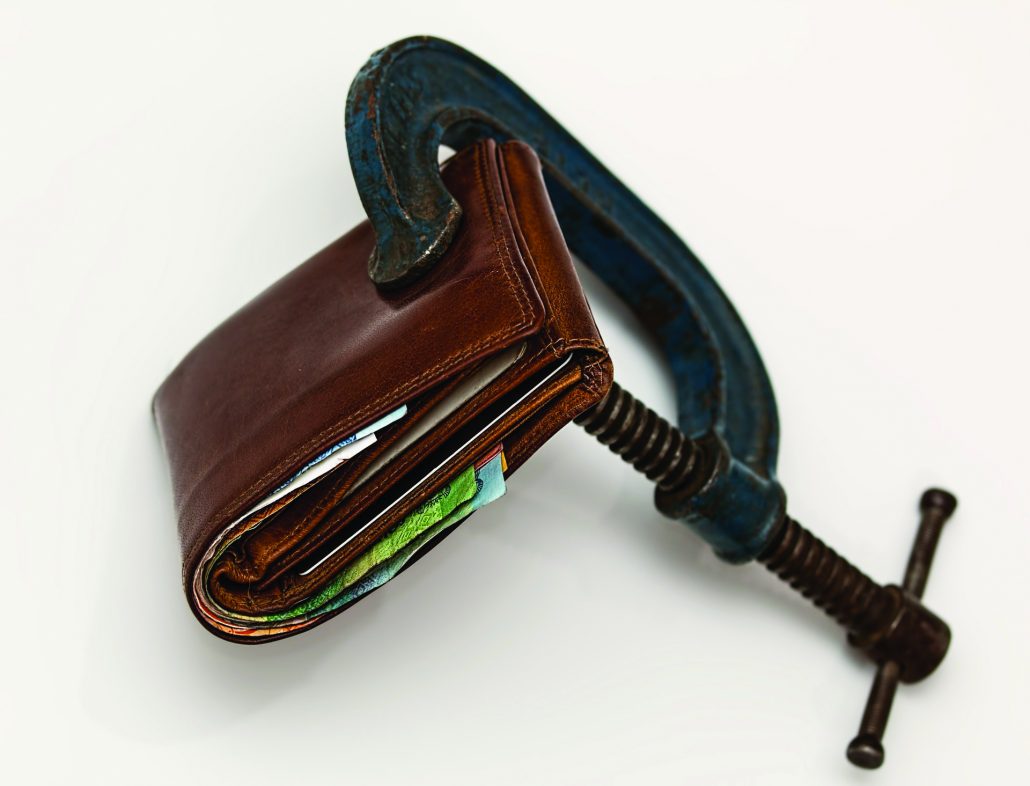 My parents always said that the three things never to discuss at dinner parties were sex, money, and religion. They didn’t abide by these rules however and, as a young boy, I often overheard heated discussions on these topics with guests late into the night. When it came to money, strangely, it was never their own money the guests discussed but everybody else’s. People just didn’t discuss their money at a personal level. This is changing now.

My Journey to being a Financial Coach

I find myself at a very exciting time in my life and career. My recent transition from financial advice, to debt management and now to financial coaching has taken several twists and turns but has seemed like a natural progression. Looking back at the journey it seems obvious that financial coaching was always my destination. I was driven by a desire to help and a fear of not being authentic and transparent.

I wanted to be effective, at a more personal level, and to be unique. I wanted to distance myself from the rigid commission-based structure of the financial services industry in Ireland. I recognise the good work that many advisors and financial planners do, and I do not work in conflict with them. Indeed, many practicing financial coaches work with advisors for the benefit of clients.

It is said that financial services are “sold” and not “sought”, meaning most advisors who make commission must apply certain pressure, sales techniques, and persuasion. If this agenda matches the clients’ one, then all the better, it’s a win-win. This is not always the case though and therein lies the conflict of interest. Many clients end up confused and worn down with technical jargon, complex concepts, and excessive choice. They frequently end up acting on advice due to fatigue, disinterest, and lack of knowledge.  Even with extensive consumer protection regulation in Financial Services, there are considerable ethical aberrations.

Moving to the area of debt management, and helping people to recover financially from problem debt, was much more rewarding, and more aligned to my own values of integrity, authenticity, and honesty.  The ability to listen, empathise and be aware of others became more and more important. From the hundreds of people that I helped, I discovered what they really valued most was being listened to.

In debt management, there was a lot of blaming and shaming, and embarrassment.  Many were in financial difficulty through no fault of their own but were victims of timing or circumstance. The stress of being in chronic debt and in conflict with banks was so destructive to health and relationships. I estimate that over half of my clients were separated due to stress, anxiety, depression, and anger. Many broke down at the start of our conversations because finally, they were sitting with someone that empathised with them.

Some obviously wanted to hand the problem over to me to fix. My challenge was to help them to help themselves by taking control of their own situation. This was my vision even before I knew what exactly financial coaching was.

My eyes were opened with my experience in gaining the Advanced Diploma in Personal, Leadership and Executive Coaching in Kingstown College. It was a wonderful ethical grounding in coaching. I then furthered this by attending the Wise Monkey Financial Coach Practitioner Certificate Training, held by the inspirational Simone Gnessen in Brighton. A lightbulb moment for me. I realised that financial coaching was something that others in the UK and further afield were doing, that there were organisations and support groups available, and that it was destined for the mainstream. It gave structure, belief, and weight to my coaching.

Day to Day as a Financial Coach

Financial Coaching is first and foremost coaching, with goal setting and achievement at its core.  I look at someone’s life through the lens of money and then use established coaching techniques, with some elements of advising and mentoring thrown in. Some purists might argue against bringing these other elements, but I am using these terms to describe the process of educating, enabling, empowering, and teaching better capabilities around money.

Discomfort, frustration, shame, and anxiety are common emotions that often colour a first financial coaching conversation. Listening and being aware of what is really “going on” here is crucial. It would be an understatement to say that money causes conflict in relationships. The conflict is caused not by money or lack of it, but by the emotions and meaning attached to it and what it represents to each party. Meaning and emotion around money are taken from childhood, parents, mentors, and past financial experiences.

How clients feel about money colours their actions and inactions. Having it or not, earning it or not, spending it, saving it, wasting it, talking about it, all impact the client’s lives but also the lives of those around them.

I ask a series of questions at the contracting phase with each client to give me some insight into their beliefs and financial behaviours.

Clients find it difficult to answer these as they have never been asked before. Often this sets the scene for an initial coaching conversation. Moving into goalsetting follows from this.

One of the original thinkers in financial goal setting, George Kinder, posed several thought-provoking questions in his book “Life Planning for You”. The most powerful to me was to imagine yourself as being secure financially with no money worries ever again. The question posed is “How would you live your life? Would it be different? What and how would you change? “. This helps a client take a step back and view things from a different angle, with a rethinking of what is really important to them.

At the beginning of my coaching journey, I felt overwhelmed with decisions about what coaching tools and competencies were the best fit for clients’ financial goals. There were so many and my attempt to shoehorn some into coaching conversations did not always work well. I started to be less rigid with the coaching tools and to use them as a guide. I began looking at solution-focused tools. One that I have become comfortable with is the OSKAR Model (below), which focuses not on what is wrong or the barriers to success but on what actually works. It was developed by coaches Mark McKergow and Paul Z. Jackson and published in their 2002 book, “The Solutions Focus: Making Coaching and Change Simple”

A – Affirm and Action (commitment to small steps forward)

Whether a healthy pension pot, educational savings, a debt-free state or being “in control” of spending or negative emotions around money, the financial goal needs to be clear. The feeling that goes with goal achievement needs expression. The good thing about money is that it is measurable, and this helps with goal achievement.

As an example, a recent client felt she was getting nowhere with her financial goal of buying her own apartment.  She was a high earner but put herself on the scale of 3 out of 10 when scaling her on the OSKAR model. Through coaching, she identified what would move her up the scale. She analysed emotional triggers and priorities around spending. She developed better habits with this awareness. Her goal of saving for a deposit became both a habit and a priority. She increased momentum by taking little steps like reorganising direct debits and shopping in different places and at different times. She became more interested in “value” and filtered spending through reframing questions like “do I really need this and what is the alternative?” She has become less worried about “status spending” and more focused on the things that matter to her.  She also became an expert in abandoning her “cart” both online and physically. Small definite changes will help her to get to where she wants, with the loss of some (not so important) things.

The future of Financial Coaching

While the coaching culture is growing in Ireland, financial coaching is still in its infancy. With the taboo of speaking about money lifting, this method is sure to grow. The recent corporate “wellness” trend brings a welcome focus on lifestyle issues for those at work, money included.

General Practitioners are very aware that stress and anxiety due to financial problems are more prevalent in the last 10 years and identify money, work, and relationships as the three main causes of stress in those presenting at their clinics. Addressing the underlying causes of stress is beyond their scope, but they are becoming more open to referring patients for money therapy and coaching as well as other more traditional therapy options.

Morgan O’Connell is a practicing Financial and Career coach. He is the first Financial Coach in Ireland holding the Certified Financial Planner© accreditation. He is a qualified Financial Advisor (QFA) and Personal Insolvency Practitioner (PIP). He holds a Graduate Diploma in financial Planning from UCD and most the Advanced Diploma in Personal, Executive, and Leadership Coaching from Kingstown College. He is an accredited Practitioner with the European Mentoring and Coaching Council (EMCC). His coaching style is simple, uncluttered, energetic, and challenging. He is married with 3 children and lives in Dublin, practicing nationwide.

The World of a Financial Coach

This website uses cookies to improve your experience while you navigate through the website. Out of these cookies, the cookies that are categorized as necessary are stored on your browser as they are essential for the working of basic functionalities of the website. We also use third-party cookies that help us analyze and understand how you use this website. These cookies will be stored in your browser only with your consent. You also have the option to opt-out of these cookies. But opting out of some of these cookies may have an effect on your browsing experience.
Necessary Always Enabled
Necessary cookies are absolutely essential for the website to function properly. This category only includes cookies that ensures basic functionalities and security features of the website. These cookies do not store any personal information.
Non-necessary
Any cookies that may not be particularly necessary for the website to function and is used specifically to collect user personal data via analytics, ads, other embedded contents are termed as non-necessary cookies. It is mandatory to procure user consent prior to running these cookies on your website.
SAVE & ACCEPT
Share This